The movers that helped us move were a fabulous crew to work with. They pretty much did all the work and we just had to sit back and let them do their thing. They were so careful with all of our things that none of our belongings had even a scratch on it. Great job.

I hate (HATE) moving. Last week I decided I would just spend the damn money and have someone else do it for me. What a good idea! I’ll never move on my own again. SamsRemovals took care of everything to do with my move, and all I had to do was watch all my heavy furniture and boxes be brought in for me. It was pretty cheap too!

I would highly recommend this company to anyone. They moved me from Werribee to Glen Huntly. I had never made this kind of move before and another company tried to scam me. Simran was the most helpful person I have ever dealt with. He handled any problems and concerns with great compassion and professionalism. Thank you for the move.

Sams Removals & Packers is a great company. They moved my boyfriend and I in 3 hours from one apartment to another. They dissembled and put together all of our furniture and paid great attention to detail. We had just had our floors refinished and they took the extra time to make sure the floors were covered with blankets and paper to protect them. They even helped us position furniture in the living and bedrooms. Overall fantastic experience! Will definitely use them again for a future move. Thanks Simran and team!

We hired Sams Removals & Packers about two weeks before our move because they had the cheapest hourly rate and were a bit nervous about how it was going to work out. But the move went smoother than our most optimistic expectations. The movers were friendly and moved quickly and were able to move us out of our 3rd story apartment and into our new home before lunch time

I would absolutely recommend Sams Removals & Packers. Their quote for my move was the cheapest in Melbourne, and the move was completed in record time. The team called ahead to let me know they were on their way and showed up at 8 AM on the dot, just as I had requested. They were courteous and incredibly careful with my belongings, and even wrapped everything up for me because it started to rain while they were loading up the truck. Overall it was a great experience and I would recommend them without any hesitation.

The guys were really great. This is our second move in as many years, and we couldn’t be happier with Sams Removals & Packers. Our first move was from the first floor to the third floor of a building with a narrow and winding staircase, and the second move was from that same third floor to the first and second floor of a house; despite the difficulty in taking all our stuff up and down the stairs, the movers never complained, delayed, or did anything less than treat our stuff all as fragile. We also have an enormous fold-out couch that took them quite a while to get down the stairs, but we weren’t even sure they would be able to. Turns out they needed to take doors off hinges and take handrails off the walls, which they did without a single complaint. The price charged is pretty good too – just $75 per hour for a crew of two very hard-working men is especially good given that they seemed to treat our stuff as if it were their own. Our most recent move was from St Kilda to Point Cook and they came down there with no problem and for no extra location-based fee. Both times we used them, both men were gracious, polite, and compliant with all our whims for what rooms we wanted things in. The move was also very easy to set up over the phone. All in all, my wife and I definitely recommend these movers.

After seeking quotes from several moving companies within the local melbourne area, I decided to book my June 2014 move from South Yarra, VIC to Bendigo, VIC with Sams Removals & Packers. My positive experience with this moving company began with Simran, one of the company’s relocation specialists, who promptly contacted me after I requested a quote and answered all of my questions regarding scheduling, payment, etc. Although I was booking my move only a couple weeks in advance of my desired move date, Sams Removals & Packers was able to accommodate my requested date and time without any hassle. Immediately after I paid the deposit of $99, I received a confirmation email with the date, time, costs, etc. all spelled out. The three-man team that was assigned to my move called me when they were on their way to give me a better estimate of when they would arrive. Despite the bad weather that morning, they arrived well within the booked time frame and got right to work. While I filled out paperwork alongside one of the three movers, the other two movers wasted no time in beginning to cover, tape, and disassemble my furniture. Efficiently and carefully, the team moved most of the contents of my 2-bedroom apartment to their truck, drove to the new apartment (~2-hours away), and unloaded the truck all within a 4-hour time span (8:00 am-12:00 noon) at a rate of $99/hr. Some of my furniture, including a cumbersome queen sleeper sofa weighing several hundreds of pounds and antique-style tables and chairs passed on to me from my grandmother, required special handling and care. The team certainly took note of these items, as my items arrived undamaged in their preexisting condition. The team also had no problem moving some additional pieces of furniture that were not specified on the original estimate sheet.After the move,Simran was more than willing to answer my follow-up questions. On the basis of my experience, I would highly recommend Sams Removals & Packers to anyone in need of moving services in the Melbourne area. I would definitely book with them in the future.

I would definitely recommend Sams Removals & Packers. The two men were all very nice and worked efficiently and quickly. They took great care of all of my furniture and paintings and made the move as smooth as possible.

I appreciate the outstanding service you and your organization provided to us. The movers were courteous and polite and showed great pride in their work. All items were disassembled and reassembled upon delivery and all packing materials and equipment were collected after the move was complete. My mother was very pleased. We thank you for a job well done and look forward to working with you again on any future when my daughter move.

I was extremely satisfied with Sams Removals & Packers. From my initial phone call through the completed move, I was impressed with the service I received. The two movers, were friendly , efficient and careful. I could also not help but notice how conscientious they were about keeping elevators free and doors secure. I wouldn’t hesitate to use Sams Removals & Packers again.

We recently hired Sams Removals & Packers to move us from our townhouse to an apartment temporarily. The two movers moved most of our belongings to a storage unit and some to our apartment. They were fast, courteous, and careful. Everything was safe and in good hands. I highly recommend them and am definitely using them again for our move to our permanent home.

Moving house is supposed to be one of the most stress things in life making the move around the world even more so and doing it on behalf of an elderly parent, event more so Sams Removals & Packers took all the stress out of making the arrangement doing the move and unpacking at the other end. They were flexible, easy to work with and ready to make changes when plans changed . The staff were unfailingly friendly and helpful. In short I could have asked for more and they exceeded all our requirements. Well done!

We are much more than a Man with a van! All our team are fully trained professional removers.

We pride ourselves on a 1st class service. Rest assures your valuables are in safe hands.

The whole of the Melbournes

We cover both local removal and national removals at unbeatable prices.

We save your time, money and you are ready to move! 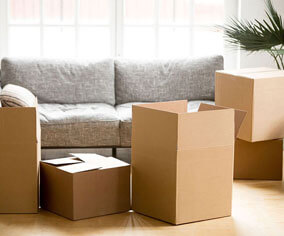 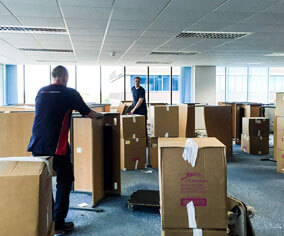 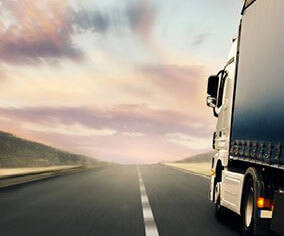 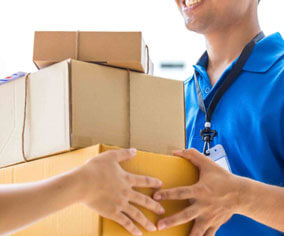